Passing skills onto the next generation – woven mesh window guards 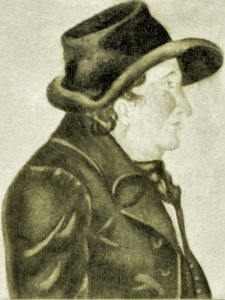 C. Aiano and Sons, Ltd. has been making woven mesh window guards from its East London wireworks for more than 150 years. AIANO was founded in London by Charles Aiano. Charles initially started out in the barometer business, learning his trade amongst the many Italian barometer makers who settled in London in the 19th century. Charles lived in the vibrant Italian community of Hatton Gardens on the site of what would soon become the Italian Church.

In 1860 Charles decided to learn a new craft and set up a wire working business in Poplar, East London. Much of AIANO’s early trade involved the ships which came in and out of the Port of London near Poplar. Interestingly, a significant proportion of early AIANO business involved constructing bird cages, which catered to the popular passion for bird keeping in Victorian Britain.

AIANO has been manufacturing hand woven wire mesh church window guards from its East London workshop since 1860. The original AIANO premises were at 161 Poplar High Street, however due to a bombing during WW2 the workshop had to be rebuilt. It has since moved to a premises on Chrisp Street which is a short walk from the site of the original workshop.

The techniques used have been largely unchanged since in the last 150 years. The wire-weaving and wire-working craft has been handed down from generation to generation of wire-workers. These are skills that are now little know in the UK, skills that AIANO is keeping alive. To our knowledge, AIANO is the only church window guard manufacturer in the UK still hand-crafting woven mesh window guards.

Woven mesh guards are longer lasting and have a natural hand crafted beauty that is more in fitting with the architecture of historic buildings. A poorly designed guard will be an eyesore, whereas an AIANO woven mesh guard should be barely noticeable.

AIANO has previously manufactured and installed guards at St Nicolas’ Church at Great Bookham in Surrey as well as St Paul’s church at Kingston Hill.

If you have special requirements, do not hesitate to contact us for a quotation. We can make guards to all sizes and requirements. Please call Scott or Gokay on 020 7987 1184 or email us if you would like to discuss your requirements, or for further information or advice on AIANO guards.