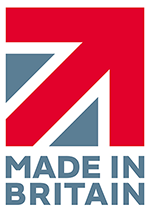 C. Aiano & Sons Limited was founded in 1860 by Charles Aiano, the great great great-grandfather of the present owners. Charles’ own grandfather, Christmas (Natalo) Aiano arrived in England from Lentate in northern Italy in the last quarter of the eighteenth century.

Natalo Aiano was an early pioneer in a wave of Italian émigrés comprising mainly instrument and barometer makers that arrived in England from this region of Italy in the late eighteenth and early nineteenth centuries and that came to dominate the English barometer trade.

Natalo’s son Charles Christmas Aiano founded a successful barometer business in Canterbury in the early 1800s and his barometers are still sought after today.

Charles Christmas’ son met his wife Sarah Anne Giles probably while training as a barometer maker in London. The couple married at the magnificent church of St Bartholomew the Great in Smithfield in 1844.

Charles decided not to continue in the family barometer business and in 1860 he moved to 161 Poplar High Street with his wife and children and opened up shop as general wireworkers. By 1881 the business was doing so well that Charles had acquired the next-door premises at number 159.

Aiano’s, as the company is usually known, was well positioned in Poplar, close to the Port of London where much of the company’s business was on the ships. There was also a large trade in bird cages catering to the popular Victorian passion for keeping birds.

Aiano’s was a thriving family business. Charles’ elder sons Edwin and Henry worked in the business before going on to open their own wireworking shops. Charles’ younger sons Walter and James also joined the business as soon as they were old enough, to be followed by his grandson, Frederick Giles, and later his great-grandsons.

Charles continued to live over the shop and to be at least nominally in charge of the business until his death in 1901 at the age of 80. The business was inherited by Mary Ann, the widow of Charles’ youngest son, known in the family as Aunt Polly. From Aunt Polly the business has passed down to two further generations of the Aiano family.

During World War II Aiano’s workshop in Poplar High Street was bombed. As a result the site was largely rebuilt and the living accommodation over the workshop where Charles Aiano had lived with his family for forty years was lost. In the 1960s the company moved to its present location in Chrisp Street.

If you have any questions regarding our products, please contact us for more information and a quote.